Stellantis declined to discuss the cost of the repairs or how long they will take. 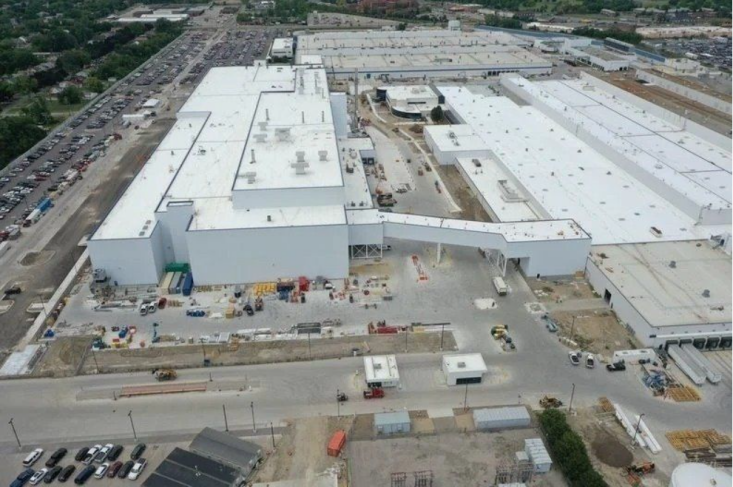 Stellantis The Detroit Assembly Complex has been subject to three violation notices from the state of Michigan since the fall for ducting and odor issues.

Jeep parent company Stellantis told Michigan regulators it has a plan to solve odor issues at its plant on Detroit's east side, but it is unsure how long it will take.

The automaker released Friday the results of an odor investigation at its year-old Detroit Assembly Complex along Mack Avenue.

The 67-page report was submitted to the Michigan Department of Environment, Great Lakes and Energy, which has hit the plant with several air quality violations since the fall.

Powered By Trackerdslogo "The modeling results identified a number of corrective actions that, once implemented, will ensure that odors do not reach the neighboring community," the company said in a Friday news release.

Key to solving the odor problems, which neighbors near the plant have said are hurting their quality of life, is the installation of new equipment and ducting.

The company declined to discuss the cost of the repairs or how long they will take.

"We're not commenting on the cost," spokeswoman Jodi Tinson said. "It's something we need to do for the community."

One piece of equipment needed for the fix is a "completely new and dedicated regenerative thermal oxidizer" along with other "long lead items" that the company is working to procure. Additionally, it plans to implement "odor reducing technologies" at specific places in the plant.

"The lead times are still being determined with the various suppliers," Tinson said of the equipment. "I would prefer not to speculate at this point."

Jill Greenberg, a spokeswoman for the state agency, said regulators would respond to the report.

"The next step is that we are going to review and interpret the findings," Greenberg said.

Stellantis said last month it solved a ducting issue at the plant and that the air around the community was safe. In November, the state escalated its enforcement of the violations and said it would issue fines to the automaker, though the agency has not said what those fines will be.

Stellantis contracted an environmental engineering company to collect air samples around the plant, and then hired a third-party specialty engineering firm to complete the odor report. It declined to name the companies.

Stellantis, formerly known as Fiat Chrysler Automobiles, said it was first made aware in August of odor complaints at its $1.6 billion assembly complex, which FCA announced in February 2019, with production starting early last year.

The Mack assembly plant has been subject to three violation notices from EGLE for ducting and odor issues, and its Warren Truck Assembly Plant also received a violation for improperly installed equipment.