Ford on Tuesday reported a 1.8% uptick in second-quarter sales compared with a year earlier, including a 31.5% increase in June.

Analysts expected the Detroit automaker’s second-quarter sales to increase between 3.3% and 5.1%. 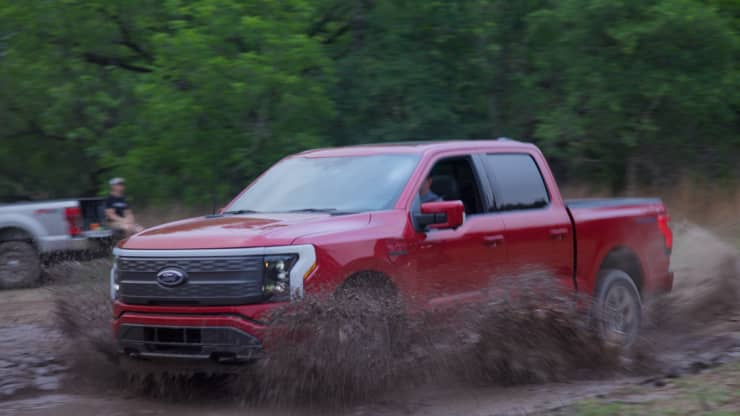 The company said sales rose 1.8% to 483,688 new vehicles in the second quarter compared with a year earlier, but noted that results improved in June and were up 31.5% for the month. Analysts expected the Detroit automaker’s sales to rise between 3.3% and 5.1%.

Ford’s results easily outperformed the industry during the quarter, as overall sales were forecast to be down between 19% and 21% from the year-ago period. Automakers have been scrambling to rebuild dealer inventories that have been hit hard by production cuts amid a global shortage of semiconductor chips and other key automotive components.

Ford was significantly impacted a year ago by the chip shortage, which was largely the result of a fire at one of its suppliers in Japan that forced production cuts during the first half of 2021.

The company said demand remains strong, with a record 50% of retail sales coming from customer orders in June, rather than from purchases out of dealer inventories. Automakers have pushed customers to order vehicles, which helps companies better measure demand and plan accordingly. Ford said its retail sales were up 30.3% last month compared with a year earlier.

Notably, Ford’s sales of F-Series pickups improved to 57,673 units in June – their highest monthly total of 2022. The sales include the F-150, including an all-electric version, and larger iterations of the pickup.

Sales of the company’s electric F-150 Lightning continue to ramp up. Ford said it sold 2,296 of the trucks since it went on sale in late May, including 1,837 in June.